Last week I discussed the prospects of huge losses in the fossil fuel industry. Daniel Kahneman, psychologist and writer of possibly the most interesting book I have ever read, called ‘Thinking fast and slow’, has won a Nobel prize in economics for his prospect theory. This week it’s time to tell you about his theories which have changed my way of thinking.

We know that optical illusions can fool us, and no matter how hard we try we can never see it correctly. However, our brain does not only deceive our eyes but also our thinking and decision making. 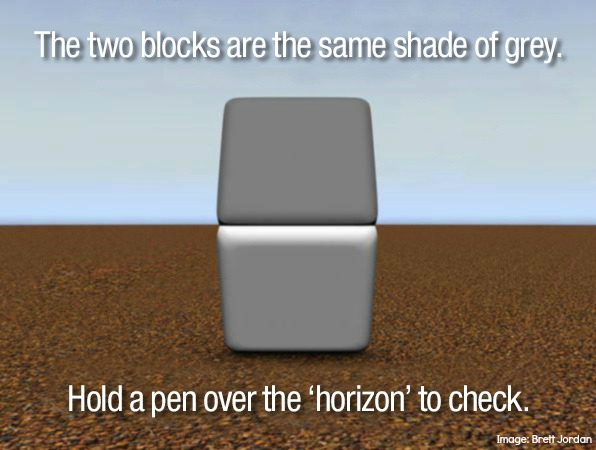 This week I quote a question from Daniel Kahneman’s book:

Imagine that you face the following pair of concurrent decisions. First examine both decisions, then make your choices.

What would you do? Please continue when you have examined both.

Continue if you are ready to see his answer.

In the original study that Daniel Kahneman and Amos Tversky carried out, 73% of the respondents chose A and D. Only 3% favoured the combination of B and C. B and C are the best answers! Very well done if you said that.

You were asked to examine both options before making your first choice, and you probably did so. But one thing you surely did not do: you did not compute the possible results of the four combinations of choices (A and C, A and D, B and C, B and D) to determine which combination you like best. Your separate preferences for the two problems were intuitively compelling and there was no reason to expect that they could lead to trouble. Furthermore, combining the two decision problems is a laborious exercise that you would need paper and pencil to complete. You did not do it. Now consider the following choice problem:

This choice is easy! Option BC actually dominates option AD (the technical term for one option being unequivocally better than another). You already know what comes next. The dominant option in AD is the combination of the two rejected options in the first pair decision problems, the one that only 3% of respondents favoured in the original study. The inferior option BC was preferred by 73% of respondents.

This test has an important place in the history of prospect theory, for which Daniel Kahneman received the Nobel Prize. If you want to know more, stay tuned. Otherwise have a good week, don’t forget to enjoy early spring – it’s the best.

System 1 does not require much mental capacity: you can consider it our auto-pilot. System 2 requires focus and stepwise thinking: more robot-like.

Since system 1 is so fast, it often spits out an answer before system 2 has even had the chance to take in all the information. This usually works well with social interactions or life threatening situations. System 1 is also the one that takes full control after some alcohol.

A downside of system 1 is that it easily dominates your thinking in situations where system 2 would have been more appropriate. Here is a simple arithmetic question:

A bat and ball cost a dollar and ten cents. The bat costs a dollar more than the ball. How much does the ball cost?

This example shows how system 1 can jump to false conclusions, but there are many more biases and fallacies to which we are exposed every day. These weaknesses in our thinking could be exploited by people who want to put thoughts inside your head, for instance politicians, salesmen – or me. I’m going to explain two common fallacies: Framing and Anchoring.

It’s the subtle difference in the way a question or statement is presented. The frame may determine for instance whether something is good or bad. The dangerous thing about framing is that the frame is hardly ever questioned. Let’s look at the following question, which has deliberately been framed by myself:

‘In what year will the Netherlands reach a population of 18 million inhabitants?’

Do you see how this frame passes the message that we will eventually reach 18 million inhabitants? It’s not even up for debate. You absorb the reality that I framed with my question. This type of question is also known as a ‘loaded question’.

Guessing the price of a new product (or any other number) is a hard exercise for our brain. We need some kind of reference to get us in the right ballpark. System 1 is not that picky and will take any number or will look for any reference. For instance, an experiment has shown that when people wrote down the last two digits of their social security number, they were willing to pay more for a product when those digits were high (up to +346%!).  In this example, the social security numbers were subconsciously used as an anchor.

Steve Jobs also knew how to play with people’s minds.

I like to mess with you as well. Do you remember the question from update 2?

Each day, the earth gains an amount of energy equivalent to:
4 Hiroshima atomic bombs per day for a year long.

I deliberately chose 4 as an anchor to mislead you, I’m sorry.

So, what can we conclude from this week’s update? Probably that your thoughts and decisions are not always as coherent and logical as you might think. Perhaps after reading this, you want to try to suppress the dominance of System 1. You can do this by taking a step back when you feel you are jumping to conclusions because they seem straight-forward. Then analyze for yourself: can I trace the exact thinking steps that have led me to this conclusion; does it actually make sense?

If you want to know more, these videos will be a good start:

See you next week!